Find a unique place to stay

Find A Unique Place to Stay

Whether in search of fine dining and wine-tasting, shopping, sports, wilderness adventure, or some of the most spectacular sightseeing in the world, Unique Inns is your resource for accommodation.

Get the best rates and room options by booking direct!

Located in Washington, Idaho, Oregon and California the Inns represent great value and the finest these regions have to offer. Each inn is independently owned and operated, making each . . . truly unique.

For travellers who insist on the extraordinary...

See What Makes Us Unique 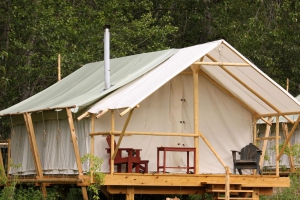 River Dance Lodge’s charming cabins and glamping tents are open and are accepting reservations from May 1 to September 30, 2021. Reserve yours today for an outdoors experience like no other.
Read More 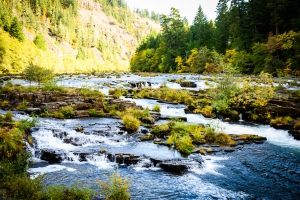 Steamboat Inn, the beloved resort in the heart of the Umpqua National Forest, will once again welcome guests to its lodging and restaurant on March 13th. The Inn is located on Hwy 138, 38 miles east of Roseburg and approximately 2 hours from Eugene, Bend, and Medford and features suites, cabins, cottages and houses.
Read More 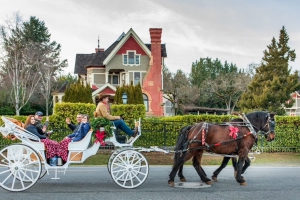 Looking for something special to do for your sweetheart on Valentine's Day? Make it a memorable day for your loved ones as Tonka and Mato take you on a 1 hour ride through historic Jacksonville in a beautiful white carriage.
Read More

UNIQUE INNS ... at a glance

Washington hosts a wide variety of opportunities for travelers, from recreation to relaxation to accommodation to adventure. Seattle and Puget Sound are rife with fishing and boating prospects, a trend that continues down the coast to the Olympic Peninsula and on towards Oregon. Mountains rise immediately to the east of the coast, with landmarks such as Mount St. Helens and Mount Rainier accommodating hiking, biking and camping. Vancouver and Yakima are both prominent towns in this area. The Cascade Loop is a well-traveled area that traverses the Cascade Range, taking visitors through small mountain towns such as Leavenworth. Further east, the Columbia River Basin presents many chances to experience Washington, such as the Grand Coulee Dam, which is the largest concrete dam in North America and the third largest producer of electricity worldwide. Spokane is the largest city in eastern Washington and the heart of the Inland Empire.

Idaho is rich with beauty, sport and culture. Northern Idaho has the greatest concentration of lakes in the West and evergreen forests abound. The Salmon River bisects the rugged Frank Church River of No Return Wilderness and provides some of the best whitewater kayaking and rafting in the world. The Sawtooth Wilderness Area and the White Cloud peaks provide additional recreational opportunities. World-famous Sun Valley is located between these mountain ranges. Hells Canyon, the deepest river gorge in North America, lies on the state's western border, overlooked by the Seven Devils Mountains. In Idaho's southwestern corner are the tallest sand dunes on the continent. In the south central region is the Craters of the Moon National Monument, where America's astronauts trained for moonwalks.

UNIQUE INNS IN IDAHO (directory to Idaho bed and breakfasts)

Experience the beauty of the west with a coast vacation in the state of Oregon. From the stark beauty of high desert landscapes to the spectacular headlands and beaches of the Pacific coast, Oregon promises its visitors a sublime journey of unforgettable scenery and recreation. In the summer, hikers follow trails around Crater Lake National Park, while steelhead enthusiasts drift over the choppy waters of the Rogue River. Winter at Mt. Hood brings out skiers and snowshoers to enjoy miles of powder-like snow. At the Favell Museum of Western Art and Artifacts, families can view over 100,000 Indian artifacts and western art pieces. Oregon is a destination that offers both adventure and relaxation with plenty to learn about Native American history and the diverse cultures of the region's past and present.

UNIQUE INNS IN OREGON (directory to Oregon bed and breakfasts)

Some California cities have more tourist attractions than many entire states. Hollywood magic in Los Angeles, the San Diego Zoo, Alcatraz and the Golden Gate Bridge in San Francisco are just a few of these major landmarks. Outside the cities are four-season wonders like the coastal redwood forests and Lake Tahoe, which rests high in the Sierra Nevada Mountains. You'll find fantastic fishing and skiing near the mountain town of Mammoth Lakes, not far from Yosemite National Park. Find similar enjoyment at Big Bear Lakes, along with art galleries and performing arts centers. Eco-tourism, wildflowers and international film festivals await you at the upscale village of Palm Springs. Take your pick from the virtually endless vacation possibilities in this magnificent western state.

UNIQUE INNS IN CALIFORNIA (directory to California bed and breakfasts)